MP Scott Mann flew the flag for Cornwall tourism this week when he paid a visit to Mother Ivey’s Bay Holiday Park in Padstow as part of English Tourism Week.

Mr Mann, who is MP for North Cornwall, was accompanied by chief executive of Visit Cornwall Malcom Bell – and they were both welcomed by park owner Patrick Langmaid.

English Tourism Week, which runs until 31 May, shines a spotlight on England’s tourism sector, and the huge annual contribution made by tourism to the UK economy. 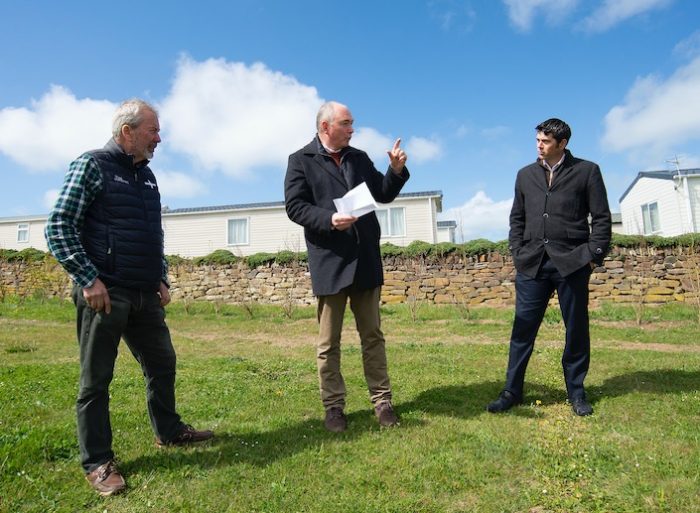 Mr Langmaid said that staff and guests were delighted that Mother Ivey’s had bounced back after more than a year of lockdowns, and was once again buzzing with activity.

But, he told Mr Mann, the park was intentionally operating below capacity for safety reasons, and had closed entirely its camping field for a second year to reduce pressure on site facilities and to protect the local community as the country emerges from lockdown.

During their tour of the grounds and its private beach, Mr Mann and Mr Bell heard about the raft of changes made to the park during the months it had been closed.

Among them were new measures to protect the natural environment, including the installation of water and energy saving equipment, and charging points for electric vehicles. 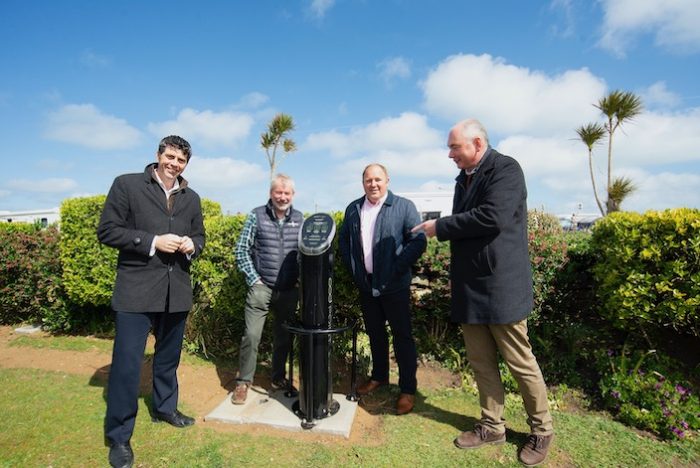 Mr Langmaid also outlined his intention to give away around 200 free holidays this year to NHS workers and others who helped Britain keep going during the Covid crisis.

He said that similar plans for last November were frustrated by the lockdown – but that the park would be offering many more free stays this year than originally earmarked.

The £40,000 cost, said Mr Langmaid, was just a small token of Mother Ivey’s gratitude for the dedication and bravery shown by those on the front line of community care.

NHS workers who would like to apply for one of the remaining holidays should email info@motheriveysbay.com

“This has been a very challenging fourteen months for Cornwall’s hospitality industry, and many other businesses which rely on visitor spending have also suffered,” Mr Mann said.

“Now, but with a cautious approach, we can reopen our Tourism industry once again and provide the fantastic guest experiences for which Cornwall is world famous,” he added.

“Mr Mann has consistently shown that he understands very well the importance of our visitor economy, and we are grateful to him and to Visit Cornwall for their support,” added Mr Langmaid. 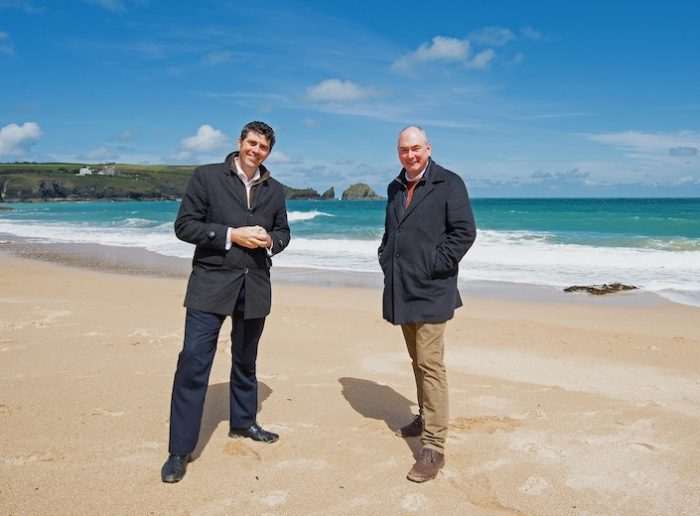 “It was fantastic that our two guests were able to visit us during English Tourism Week, and to see Mother Ivey’s giving families the holidays they need and deserve.”

“Since the start of the COVID-19 pandemic, our whole site team have done a magnificent job during some very challenging times”, said Mr Langmaid. “We are incredibly grateful for their commitment and hard work and we are now looking forward to providing relaxing holiday experiences to all of our guests this year.”

Mother Ivey’s Bay Holiday Park has been run by the Langmaid family for over 30 years and they have a long tradition of supporting West Country charities and good causes.

Patrick Langmaid is also a campaigner for the Living Wage Foundation which has presented him with a special award for his tireless efforts to promote the benefits of fair pay in hospitality.